‘Life. Be in it’ is one of the most widely recognised lifestyle messages in Australia. ‘Life. Be in it’ promotes a healthy lifestyle through programs and initiatives that engage the community and encourage regular exercise and participation.

‘Life. Be in it’ started as an Australian government program and advertising campaign encouraging people to be more active and participate in recreational sports or other physical activities.

Concept
The initiative began in 1975 and was the brainchild of Brian Dixon the former VFL footballer and the then Minister for Youth, Sport and Recreation. Supported by the Victoria state government, one of their early programs was to bring over American Pat Farrington, a co-founder of the New Games, and provide five vans and 25 volunteers to drive around rural townships in Victoria, teaching people how to play these non competitive New Games. 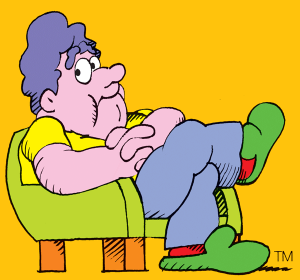 Iconic Advertising Campaign
In 1977 the federal government expanded the program nationally and promoted it through an advertising campaign.  The television advertisements used cartoons featuring people doing a wide range of activities, with a catchy tune “Be in it today, live more of your life”. The main character is Norm, a middle-aged man with a prominent beer belly, meant to represent a “normal” Australian bloke.
The campaign was an enormous success in terms of recognition, by 1979 about 83% and by 1982 about 94%. Recognition remains high and in 2009 was measured at 90%.

Post Government Funding
Federal funding ended in 1981, redirected towards elite programs. The program became an Australia company and continued for a time working with other groups like the National Heart Foundation of Australia, before going into hibernation. The brand is now under the custodianship of Life. Be in it. International Pty Ltd and is managed in each state by associations or companies.

Current
The program continues to be active throughout Australia and continues to involve Australians in activities in every State and Territory. Programs include Life Games and Out of School Hour Care in South Australia, the ‘Life. Be in it’ Sport for All Centres provide indoor social sporting competitions for children and adults.

Thousands of South Australians participate in these events every year! ‘Life. Be in it’ is a non profit, non government funded organisation striving to keep Australians active and healthy. Our Programs & Events are designed for people of all demographics to be able to participate in structured activity at an affordable price.